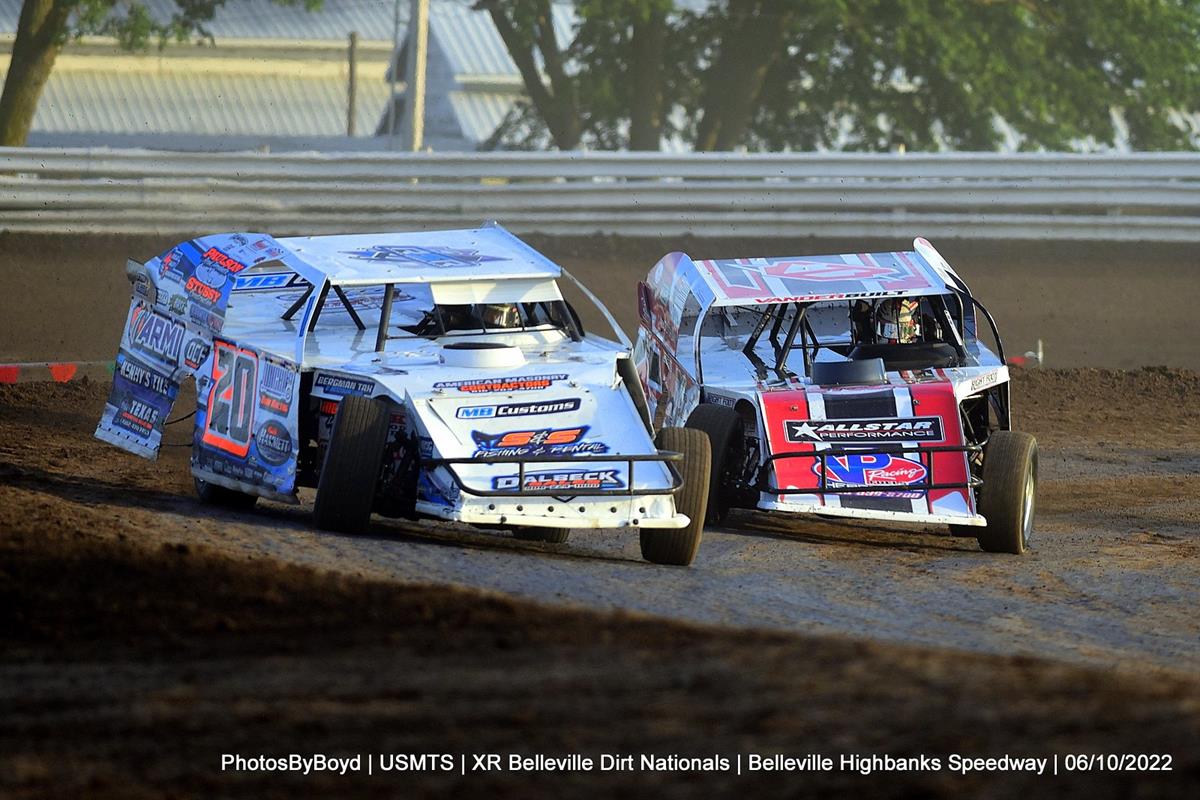 On Friday, Rodney Sanders made his lone start of the weekend at Mississippi Thunder Speedway (Fountain City, Wis.) aboard his Wichita Tank Racing No. 20 USRA Modified.

Starting the feature in 11th via a sixth-place performance in his heat, Sanders advanced through the field seven spots in the 25-lapper to place fourth. He followed Jim Chisholm, Dustin Sorensen, and Keith Foss to the checkers with Parker Hale coming in fifth.